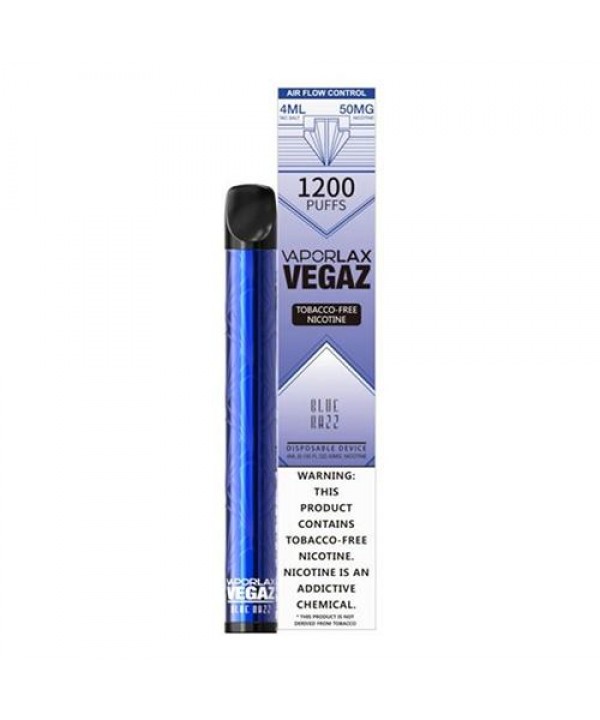 $10.99
rating
0 reviewsWrite a review
Finding a tasty blue raspberry flavor that can easily be savored while travelling can be difficult, but with t..

Finding a tasty blue raspberry flavor that can easily be savored while travelling can be difficult, but with the VaporLAX VEGAZ Blue Razz Disposable Vape Pen, the search is over! This no-maintenance device is perfect for on-the-go vapers who don’t have the time or the means to keep up with a box mod or pod system. Grab yours at Cheap eJuice today!

While the name for VaporLAX VEGAZ Blue Razz Disposable Vape Pen seems simple, the flavor profile is anything except that. On inhale, your taste buds will be overwhelmed with the distinct taste of fresh blueberries and ripe raspberries that beautifully blend into a tangy mix of fruitiness on the exhale. There is 50mg of synthetic nicotine salt combined with this tantalizing flavor to allow for an even purer taste and smoother clouds within the estimated 1200 puffs.

While enjoying a flavor as tasty as this one is great, the best part about the VaporLAX VEGAZ Blue Razz Disposable Vape Pen is that the 4mL pod never has to be refilled, nor does the integrated 700mAh battery have to be recharged. This lets you enjoy discreet clouds on the go without the hassle of carrying around any extra vaping supplies. In addition, this ultra portable device features a dual airflow control ring, which allows you to adjust the air intake for either a fantastic mouth-to-lung (MTL) or an amazing direct-to-lung (DTL) vaping experience. Stop wasting time keeping up with a box mod or pod system and pick up the VaporLAX VEGAZ Blue Razz Disposable Vape Pen at Cheap eJuice now! 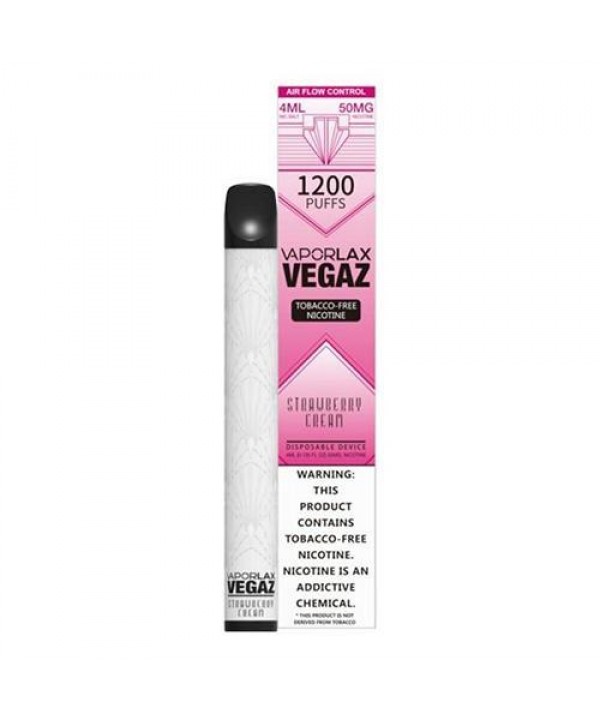 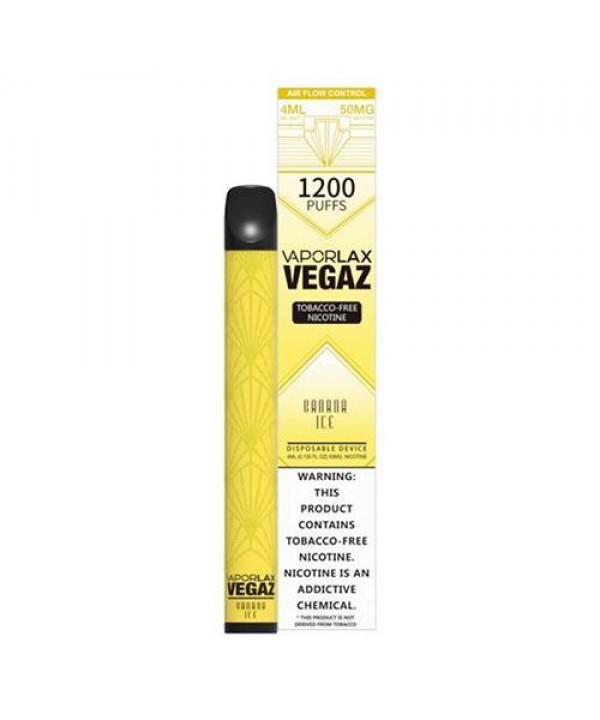 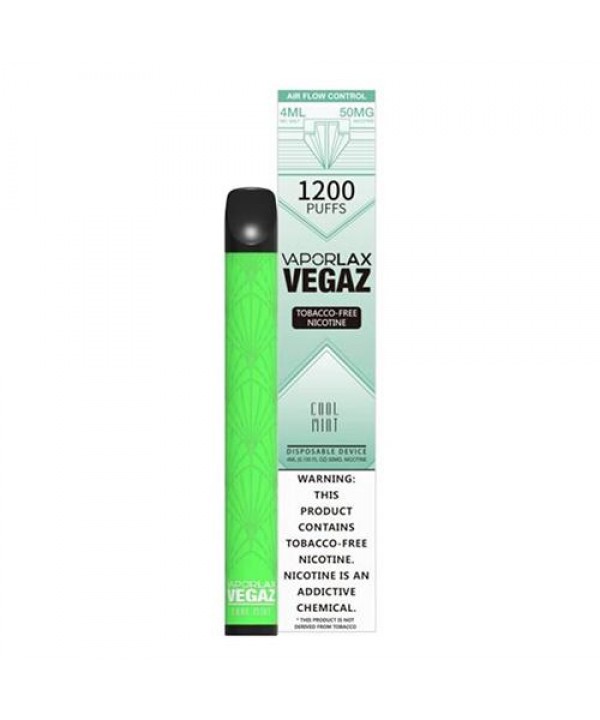 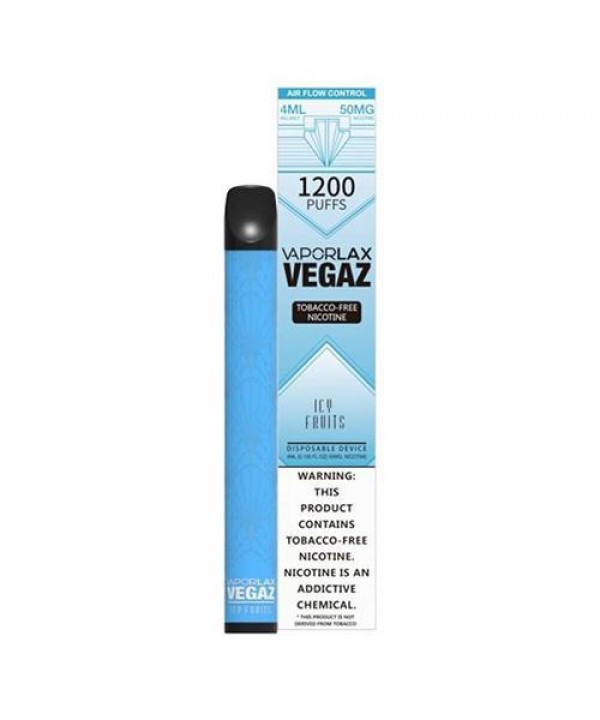